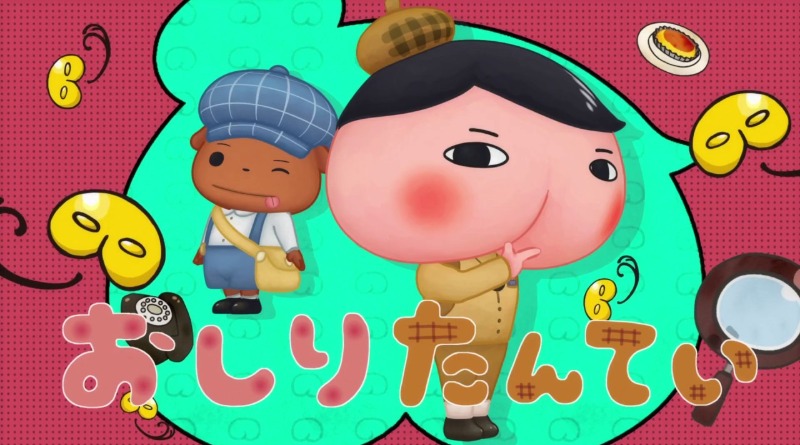 How did Oshiri Tantei – an actual bum – ever become one of Japan’s most popular detective cartoon characters? It’s time to get to the bottom of this mystery!

In the name of doing a moon, I’ll punish you…

(Spoiler alert before you watch the intro: this theme song is catchy.)

He’s a crime-solving character with (what look like) butt cheeks for a face. Those crimes get solved with flair: Oshiri Tantei’s IQ is 1,104! That’s a Japanese joke, you can say it like ‘ii oshiri’ so it means ‘nice butt’.

The beret on Oshiri Tantei’s peachy head was passed down from his dad, Oshiri Dandy. You can see a perfect gentlemanly side parting underneath. At least we know this butt’s well groomed. Can’t solve a mystery if there’s hair in your eyes…

Oshiri Tantei has a sidekick, like any detective should: Brown, the suspiciously poop-coloured dog. He has a constant rival in ‘Phantom Thief U’, and Police Chief Maltese to report to on every case.

Plus he’s got a true detective’s weird habits – when he’s not solving a mystery, Oshiri Tantei loves eating sweet potatoes. Those are really good for your digestive system, by the way.

He often says “Hmmm, something kinda stinks here…” But is that stink coming from Oshiri Dandy…

There is always only one ‘poot’!

This gumshoe started out in picture books and kids’ stories. The books introduce young readers to basic Japanese words, hiragana/katakana, and how to catch bad guys.

Little boys and girls (and their parents) quickly decided Oshiri Tantei wasn’t a load of crap. Since the first book came out in 2012, those butt-clenching detective adventures have sold over 6 million copies.

Like with Detective Conan‘s gadgets and Professor Layton‘s amazing logical mind, the way Oshiri Tantei solves mysteries and closes cases is a huge part of his appeal.

And most of the time, that method… is farting in the criminal’s face, so they pass out and can’t commit any more crimes. It’s the first, most obvious question when you look at Oshiri Tantei: “when this guy talks, do farts come out of his mouth?” Yeah, of course they do.

Poor Brown gets caught in the crossfire way too often…

Every puzzle has a poop-themed answer

Wanna own something that’s got a butt on it? Sure, you and every Japanese kid who’s learning how to read. There’s no (rear) end of official Oshiri Tantei merch online.

Look closely at some of this stuff, and you’ll notice something weird but appropriate about the Oshiri Tantei logo. The ‘oshiri’ bit’s pink like (many) human butts, and ‘tantei’ is in detective jacket colours.

Based on the amount of Oshiri Tantei bento goods, we guess those little details don’t hurt a kid’s appetite.

If you need more options (’cause you’d rather own anything else than a lunchbox with a winking cartoon butt on the front), we’ve got some ideas:

‘Scuse us while we let this blog post loose

We don’t wanna give you the wrong impression about Japan here, but this isn’t the first time butts and poop have helped kids learn stuff. Check out the Unko Kanji Drill series of study books too. 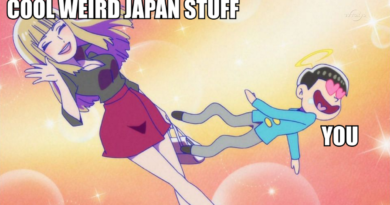 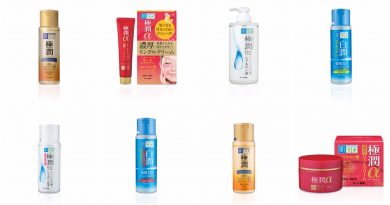 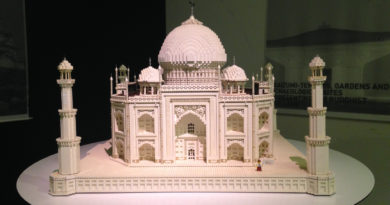