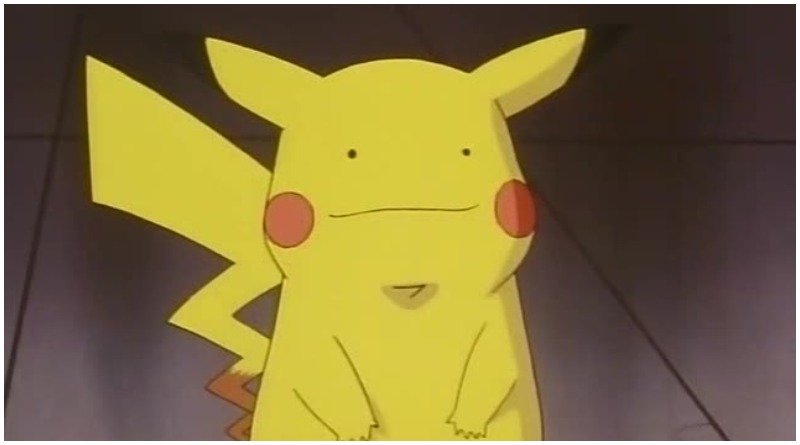 It’s easy to recognise a Pikachu. The bright yellow-ness, the ears, the lightning bolts that come out of those cute cheeks… And a love of delicious ketchup that stands out a mile.

The other thing Pikachu’s crazy about… is cosplay.

Ditto and Eeveelutions do plenty of transforming. But no other Pokemon gets to wear this many outfits. The ‘Pikachu Sleeping Bag Collection‘ could’ve been a whole post by itself. Picking some of our faves took a while…

Bosses can look as tough as they want – we all know it’s their Pokemon who go out and win gym battles. Maybe that’s where the inspiration for ‘playing boss’ Pikachu came from, as part of a 2018 ‘Team Rainbow Rocket’ event at Japanese Pokemon Centres.

There are 6 Pikabosses out there to collect, representing Team RR leader Giovanni, Archie, Lysandre, Ghetsis Harmonia, Maxie, and Cyrus.

The outfits are faithful to the originals from head to toe. Check out that cape!

And the faces are perfect, all evil grins and scowling. It’s unusual to see Pikachu… well… not smiling.

Pokemon Centres in Japan have plushies for every season. Each year brings new Valentine’s, Halloween, and Christmas limited-edition goods. In 2017, Pikachu became the Christmas tree. Makes a change from the usual Santa hat.

The robe and pointy hat still look Santa-ish, but in green you can see the tree effect going on. The fluffy edges are kinda like tinsel, and the pom-poms are… baubles? Let’s just say that they are.

The green material’s kinda shiny, and the stars are embroidered in silver thread for extra glitter. Festive! Is the gold star at the top a Staryu or Starmie? Can’t tell either way. And we hope there aren’t any special Christmas presents hidden under Pikachu’s robe, either.

In February 2018, a new Pokemon Centre opened at Osaka’s Itami Airport. To celebrate, 2 new airport-exclusive Pikachus debuted: a pilot and a flight attendant. Aren’t they cute? We’d love to fly with these friendly-looking Pokemon!

Team Rocket already claimed the rockets, so for Pokemon we guess airplanes were the next logical thing. Wait, no. Drones. What about a Pikadrone? That’d be cool. If those weren’t already being used to help Pokemon GO players cheat. Never mind. Planes it is.

They’re not the only plane-themed Pikachus around. Tokyo airports (Narita and Haneda), Shin-Chitose in Hokkaido, Kansai Airport, and Nagoya’s Chubu airport all have their own versions.

Each one’s meant to be exclusive to that airport, but there are ways around that. Ways that don’t mean buying plane tickets.

How do you get a Pikachu onto a shinkansen? You Pokemon.

Nope, we’re not sorry for that one. It’s a great joke. Tell all your friends.

Public transport’s a common theme for Pikachu plushies. Train station (e.g. Tokyo Eki) versions look similar to the airport-themed ones, with their smart hats and snappy blazers. But you can see the cap, tie and jacket designs aren’t identical.

Hey, if a cat can run a train station…

And before you ask, yep, Japan has a real life Pokemon train! The ‘Pokemon with YOU’ special train runs in Tohoku, to lift spirits after the 2011 earthquake. All the seats have Pikachus on them, and a whole carriage got turned into a Poke-playroom.

For Pokemon, kicking a ball around – instead of living inside one – would be like therapy. As long as you don’t kick a Voltorb by accident.

Pikachu was the official Japan mascot for the 2014 World Cup. Aren’t you glad it wasn’t a Snorlax? We sure are. Some Pokemon should never be allowed to represent a sport.

With the ‘Samurai Blue’ shirt on, footballer Pikachu looks almost ready to represent for Japan. Almost.

This version isn’t wearing football boots… or shorts. Guess the tail wouldn’t fit – but other outfits have trousers, so it’s weird in this case. And no goalie gloves, either, so we’re not even sure which position Pikachu plays in.

Thinking about it, we wanna see a Pikachu referee. Instead of a red card, naughty players’d get zapped off the pitch.

Someone dreamed up pretty pastel Girlish Pikachu to appeal more to girls.

But you don’t have to be a girl to appreciate them – if you’re a fan of kawaii stuff, that’s good enough for us. And in Japan, kawaii sells like crazy. It was the logical choice.

To be fair, we like our plushies soft so these are awesome. And we’d bet money that Pikachu’s eyes and cheeks are bigger than normal, for the cute effect. We’ve been calling this stuff ‘Pinkachu’ around the office.

Makes us wonder how they’d design Boyish Pikachu. Super vibrant yellow, with all blue and grey accessories? A biker jacket? Ikemen glasses? One of Ash’s many many hats?

Most of the time, water and electricity don’t mix. So how did Pikachu wriggle into those plumber’s overalls? Both of those plumbers, even – the limited-edition merch included Mario and Luigi versions. Now that’s dedication to the theme.

(Sorry, Ash, your rival’s in another castle laughing his ass off.)

Man, Pikachu with a moustache is weird. It’s even shaped differently on Mariochu and Luigichu. The tail’s tucked away behind the outfit in most pics. The effect from the front is like it isn’t there at all. Giving a Pikachu white gloves and facial hair is one thing, but missing the tail out would be unforgivable.

Nintendo made a new game out of nabbing this merch. Some items could only be found at the Kyoto Pokemon Centre. Fans who wanted to collect ’em all had no choice but to leave Pallet Town.

The ‘Pokemon Tea Party’ range was like… Ash Ketchum in Wonderland. Almost all items were released as arcade game prizes.

For the ‘cutely delicious’ concept, Pikachu whipped up a bunch of sweet treats in its own image. Ice cream cone, mini ice cream cone, ring donut, cookie, macaron-style cushion, and yummy cupcake. Some of the plushies are holding desserts with Pikachu faces. Cutely delicious, or a bit sinister?

Is it just us, or is this cuter than Girlish Pikachu? Turns out that tiny eyes are as kawaii as massive ones. Using brown for the face and ears is a nice touch, like golden brown baked sweets. Black looks kinda… burnt, and nobody’s gonna eat that.

Bet a Pikachu cupcake would taste sparky, like popping candy… Okay, wondering what a Pokemon tastes like makes us terrible humans. Let’s move on.

Made in April 2016, to celebrate a new Pokemon Centre megastore opening inside Skytree Town.

You know the drill by now. New location means new location-specific merch. Except ‘Pikachu in a fun outfit’ has been done so many times before. Statue of Liberty Pikachu? Been there, done that. Nope, the Skytree needed a twist – and it got one.

Hugging the Skytree doesn’t count as cosplay. But the tower’s wearing a Pikachu face with cheeks and ears. So, if you think about it, Tokyo Skytree is cosplaying as Pikachu. That’s new.

Osaka Tower next! Come on, last year Pikachu was named as a new ambassador for Osaka. (Along with Hello Kitty, but that cat’s already plastered all over everything.) Tsutenkaku totally deserves a plush. A mini plush mascot keyring, if nothing else.

This list doesn’t even come close to naming every special Pikachu ever. See how many Pokemon plushies you can catch on the DEJAPAN website. 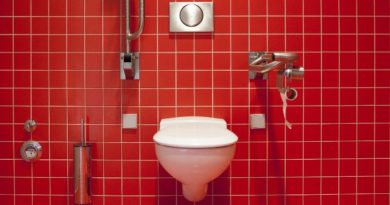 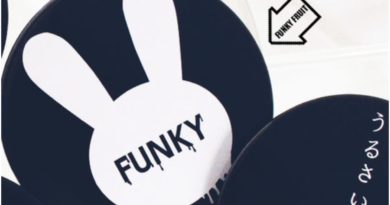 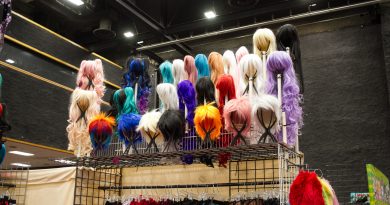 Don’t sew, just go and geek out: cosplay stuff you can (and should) buy pre-made