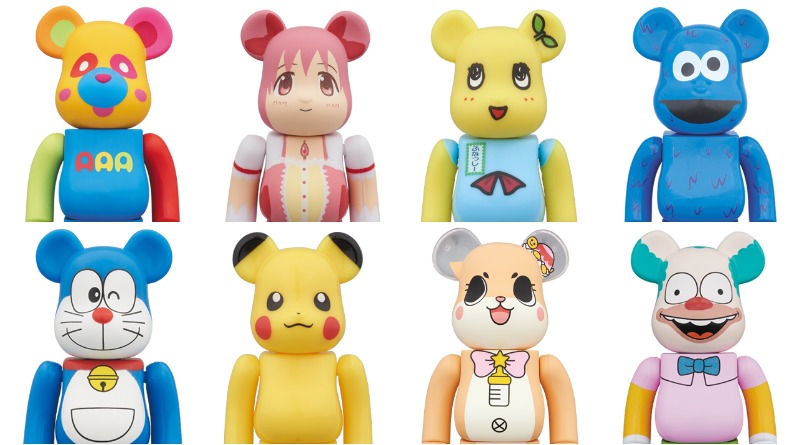 Some trends that start in Japan are hard to explain. Like super fake tan ‘ganguro’ style, or wearing herbal pads on your feet overnight, or looking like a biscuit.

BE@RBRICKS are a trend like that. They’re insanely popular and totally impossible to describe at the same time (where are the bricks, dude?). So we’re not gonna try, we’re just gonna show you some of our faves.

There are that many weird BE@RBRICK designs we can’t name them all. Way more collabs and special editions than we’re ready to sit here and count. And we’re not even counting R@BBRICKS or NY@BRICKS.

Muhammad Ali was one of the newest BE@RBRICKS when we first posted this, and a kinda random choice. It’s not for any big boxing anniversary, or a new Ali movie, or any real reason we can find.

We’re not gonna say the world’s greatest boxing legend doesn’t deserve to be made into a plastic bear, though. We might get punched in the face…

750,000 yen plus tax. Less of a shock when you find out that 400%-size Swarovski Snoopy‘s totally covered in crystals – all applied by hand. We’ve put normal Snoopy next to it, so you can see the difference.

Each Swarovski BE@RBRICK’s made to order, up to a max of only 2 orders per month. And if there’s a waiting list, it’ll take 6 months (or even longer) to be shipped.

From the Peanuts gang, Charlie Brown, Lucy, Linus and Peppermint Patty are all BE@RBRICKS too. They didn’t get the Swarovski crystal treatment – not many models do.

‘It’ (Pennywise the Clown)

But why this one?

Sure, the IT movie remake was a hit, but a Pennywise BE@RBRICK of all things? We’re gonna have nightmares about that clown for weeks.

Not just 1 character, a whole bunch of them at once. How many can you find?

The ‘water print’ design on the Sanrio characters BE@RBRICK makes every bear original. None of them look the same. It’s a style featured on more ‘artsy’ BE@RBRICKS, like the Pushead and Jackson Pollock ones.

BE@RBRICKS for individual Sanrio characters include Hello Kitty, My Melody and Little Twin Stars. We think Kitty-chan’s had the most design variations, but My Melody’s closing that gap.

Frosties – they’re great! We mean it, no other breakfast cereal mascot’s had the BE@RBRICK makeover. Unless you’re counting BE@RBRICK cereal.

We like how much Tony the Tiger’s BE@RBRICK design stays faithful to the original. Human celebs always get weird faces, and with anime or cartoon characters the body proportions can feel awkward. But that’s Tony right there, fresh off the front of the box.

The great thing about BE@RBRICK Spongebob is that they kept the pants as square as possible.

It’s rare for only 1 character from a TV series to show up in BE@RBRICK form, but so far only Spongebob’s made the cut. ‘Patrick BE@RBRICK’ even rhymes! What a missed opportunity.

This guy’s yellow like you remember, but plastic BE@RBRICKs aren’t all that absorbent and porous, as a rule. Don’t dunk this one in the bath and expect to wash your back with it.

Amazon knows how to make a plain brown cardboard box design look iconic. They even put the ‘a-z’ arrow on the BE@RBRICK’s butt.

At the start, this BE@RBRICK was exclusive to Amazon Japan (no duh). It’s been on sale for a while now, so you’ll sometimes see it show up on Rakuten, Yahoo! Shopping and Yahoo! Auctions.

Ohhh, remember when Hulkamania was a thing? You don’t? Yeah, no worries, we had to Google it as well.

Hulk Hogan’s worldwide wrestling career peak was the 1990’s, but the bright yellow Hulkamania BE@RBRICK didn’t come out ’til 2014. It was made to celebrate Hulk visiting Japan for the first time in 7 years.

The iBe@r’s compatible with the iPod mini – remember that? – and some also hold a standard original iPod. (You don’t get an iPod free with the BE@RBRICK, sorry! Order one separately if you need to.)

It was updated to the bigger BE@RBRICK Speaker System in 2009, for next-gen iPods (plus the touch, nano and classic models) and the iPhone 3 and 4.

With the iPod touch the last one standing, and all those charger port updates, we can’t promise you either of these work with newer iPods or iPhones. But if you’ve got a retro Apple device you can dust off…

BTS, Super Junior and FT Island have their own BE@RBRICK designs. All released as exclusive items for each group’s Japanese fanclub. K-Pop merch that’s only sold in Japan is something we’ve known about for ages.

They’re not the only music-themed BE@RBRICKS, not by a long shot. But they are the only K-Pop ones we know about – no girl group versions yet. And they’re super rare, making them much harder to find on resales.

Sometimes BE@RBRICKS switch it up with the materials. That’s not a design effect, that’s real Levi’s 501 denim with a zipper sewn in.

And to keep with the theme, they only made 501 bears with each denim type. The edition number’s on the leather patch sewn into the back.

Every January in Osaka and the wider Kansai area, there’s an event called Touka Ebisu. ‘Touka’ is the 10th day of the month, but it spills over to the 9th and 11th too.

It’s one of the biggest winter shrine festivals of the year, celebrating Ebisu-san – god of commerce, and one of the Lucky 7. People visit to donate cash and pray for business success… no business wants to fail, so that’s a lot of people we’re talking about.

If you’re lucky, while you’re at the shrine you might get blessed by Ebisu-san himself. And we guess the other option’s hunting down this BE@RBRICK.

Wooden BE@RBRICKS get released often enough. Not this one.

The 1000% layered wood BE@RBRICK’s a collab with furniture company karimoku… and so are all the others. They’ve done plain wood and mixed wood versions, but this design’s the most ambitious by far. The layering shows off special types of wood and carving techniques.

Be warned if you want this bear shipped internationally – it weighs 30kg (including the solid wooden box it comes in). The smaller wooden BE@RBRICKS often work out lighter, but sometimes not by much.

“If the sky’s full of dark clouds, it’ll be fine I’ll make it always clear Don’t rely on the sky The sky is the sky”

The ‘poet’ here is Uotake Hamada Shigeo the 3rd. This set of poetry-covered BE@RBRICKS came as a bonus with his ‘Poetry Reading Live Bootleg’ DVD in 2006. Maybe the weirdest thing on this list… maybe.

Should’ve called it a USBE@RBRICK, if you ask us.

Sit a Memory BE@RBRICK down, or take the legs off, to access the USB port. The originals (red, yellow and blue) held 512MB of data. Wow, that feels like almost nothing today. You could still use them for stuff, except they’re only sure to work with Windows Vista and earlier.

Other USB BE@RBRICKS released later, like the Rilakkuma and Korilakkuma ones, raise their storage limit to 2GB and have light-up feet.

Yeah, a surprising number of BE@RBRICKS really are bears. How ’bout that.

Collect a whole zoo of BE@RBRICKS

Medicom loves to put ‘we do not take orders from outside Japan, or ship to overseas’ on their item pages. Get around that with us – buy new, classic, and rare BE@RBRICKS in English via DEJAPAN, with no service fee. 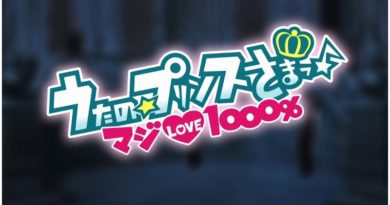 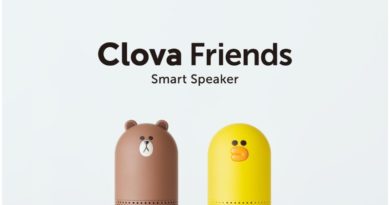 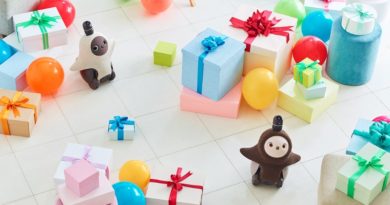