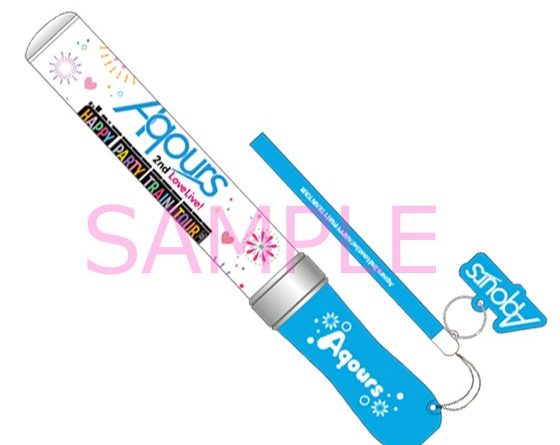 (Update: pre-orders for tour goods have ended. Sorry! Other Love Live! Sunshine!! merch is always available on our website.)

We’ve made sure you guys had plenty of warning that the HAPPY PARTY TRAIN’s coming to town. Nothing says ‘sale time’ like a bunch of anime screenshots hastily covered in Impact all caps. And Love Live! Sunshine!! gave us loads to work with. Some of these memes wrote themselves.

The tour kicks off this August, with the first stop in Nagoya. After that, the group’s calling at Kobe and Saitama.
It’s an unusual train route that doesn’t really make much sense, but let’s ignore that.

Concert goods and tour merch for the Love Live! Sunshine!! 2nd LoveLive! HAPPY PARTY TRAIN TOUR were announced a while ago. They’re being sold in 2 limited-time stages. The first stage of pre-order sales is already over, boo. Looks like we all missed that train, huh…

But don’t sob into your dakimakura just yet. The next sale starts right here right now!

Yup, by partnering with Premium Bandai, we’re giving you the exclusive chance to buy nearly all of it. Our site’s got listings for loads of Love Live! Sunshine!! 2nd LoveLive! HAPPY PARTY TRAIN TOUR  limited items – with international delivery. We have Love Live! Sunshine!! items listed all year round, as it happens.

Pre-order with us now for expected delivery in September 2017.

The King(blade) of official goods

As if we can talk about tour merch without giving you the Love Live! Blade Sunshine!!. We’d never forgive ourselves.

This isn’t just any ordinary glowstick. (And whatever you do, don’t try and snap it in half.) There’s been a new, lightblade – typically a King Blade – for Love Live! Sunshine!! tour. Pre-programmed with each member’s exact image colour, because some standard King Blades and other brands don’t always have them installed.

This edition has a special Aqours charm dangling from the hand strap. The group name’s visible on the tip of the light stick as well. Like you’d forget.

If you’re a DD fan, or not so bothered about colours, choose merch that only comes in certain shades. First up, festival wear – something appropriate for a ‘happy party’. This type of open coat is called ‘happi’ in Japanese. Get it? GET IT?

It’s got a traditional ‘Japanese festival’ style, with the same firework designs as the Love Live! Blade.

Seeing as the coat doesn’t button or zip up, you should wear something underneath it.

We’ve got the T-shirt in Free size, so it should fit otaku of all shapes and sizes.

Keep your favourite member(s) by your side

Admit it – the mini ‘mascot’ charm version of your oshimen‘s just as cute as the anime version. The face expressions are a nice touch. Even if you can tell who’s who just by the hair.

They’ve got a plushie ‘nuigurumi’ style that’s super squishy. And no legs. Let’s not think too hard about that.

Made for dark concert halls… and under the bed

Worry that you would lose your water bottle? You can all put it in the official HAPPY PARTY TRAIN TOUR Shining Tote bag.

Worried you’ll put your bag down and never find it again? Chill. It glows in the dark. Well, part of it does, anyway. The group name, the train, and the fireworks all light up. We think it’s a pretty neat finishing touch.

You can easily spot it in a dimly lit concert hall. Or in a badly-lit train carriage. Or in your bedroom, when you can’t be bothered to turn the lights on.

And that’s not all!

You bet we’ve got more stuff than the popular merch listed above.

Fans of the units can pick a CYaRon!, Guilty Kiss, or AZALEA-themed hand fan. And if you really only have a best girl, pick up one of the member-specific key holders and ‘senjafuda’ stickers.

Get your hands on official Happy Party Train tour goods right now on DEJAPAN. Orders are limited to 1 of each item per person.

For this exclusive sale, we’re also giving everyone 20% off EMS delivery! Don’t miss out on Aqours official items OR discounted international shipping.

This sale’s running until 11pm (Japan time) on May 27th. If you want the goods, get in quick.