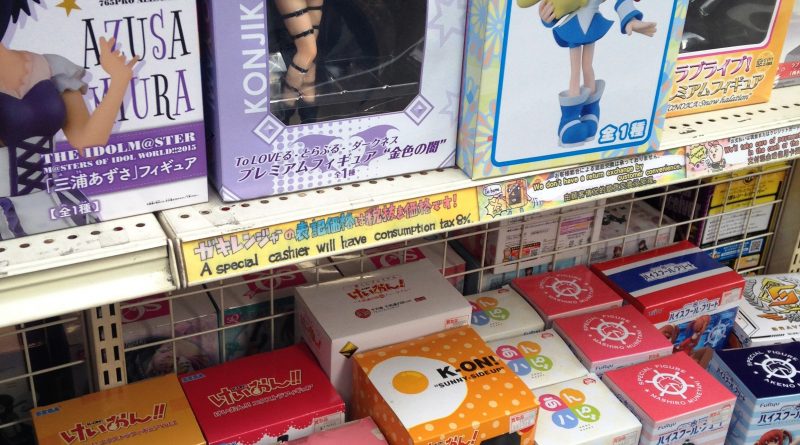 The struggle to prove that our favourite game or anime character really exists is constant. Some of us snuggle up next to waifu pillows or glomp a nesoberi plushie. Some dedicate their whole shoulder bag to their oshi. And lots of us have figure collections, proving that the 2D version and 3D version of a character can co-exist in kawaii harmony.

Working out which type(s) of figure you want to collect is half the fun. Can’t decide? Compare your options.

Some figures are created precisely to scale. When we say ‘scale’, we mean the figure has the proportions of the original character.

Whether that’s at 1/7, or 1/8, or 1/12, every measurement is faithfully scaled down. Every… single… measurement. We think. Some of these figures and poses defy gravity.

Many of the types of figures we explain below are made at scale, and a lot of them aren’t. Either way is fine! A scaled figure of any size is something to look for if you want a more realistic feeling from your collection.

The true action figures, with actual, natural movement that combines ‘beautiful’ and ‘articulation’. That’s what their website says, anyway!

Figma figures are poseable – you can move their joints to put characters into almost any position. With many other figures, the pose they arrive in is the pose you get.

For anime and manga fans who want to learn to draw, the plain body Figma (archetype next) helps you get better at sketching human characters.

The meaning of those letters is something of a mystery. (Leave us a guess in the comments?)

What we do know is the G.E.M. series boasts super high quality, and is aimed mainly at female fans. Guys, we only managed to find that info in Japanese. Buy as many as you want. Nobody will ever know.

The figures are based on popular anime and comic book characters. Pretty much all of them are made to 1/8 scale, with some others made to ‘no scale’. Those are often bigger Pokemon or Digimon figures, or characters holding/surrounded by items that can’t be scaled well. ‘Quality’ doesn’t always mean ‘realistic’, y’know.

Most of the time, G.E.M. figures are deliberately made in limited numbers. The series has a ‘premium’ image and price tags to match. If you get your hands on one, you’re in luck.

The ‘Cu-poche’ name mixes ‘cute’ with ‘pocket-sized’. Each figure’s well proportioned, but the designs are slightly-deformed-kawaii rather than ‘real’. All Cu-poche characters are roughly the same teeny height, with huge eyes, spare faces, and moveable joints. They have magnets in their feet, so they’ll stay balanced on the model base.

As the Cu-poche range is produced by Kotobukiya, figures are exclusive to the store in Japan. Until they show up online and we sell them to you.

Want to switch a character’s clothes and shoes up? Order an extra body for your Cu-poche – male or female! Just remember that those aren’t supplied with a head…

Known as Nendos for short – and they are very short. Nendoroids are the kawaii chibi versions of characters, with oversized heads. Definitely not to scale! The details are less realistic, more anime. A Nendo’s arms and legs are shorter than on a Cu-poche figure.

Each one has a number, given in order based on when it’s released. At the time this post went live, there were just over 800 Nendoroid figures on the list.

An advantage to Nendos is that you can swap out the face, hands, and accessories to give characters looks. (Okay, not all of them – have you seen the Kirby Nendoroids? Impossible.) Other types of figures stay in one position all the time.

The Figuarts range is mostly humans and human-like characters, and Monsterarts is monsters and beasts.

What does the S.H. stand for? Well… apparently it means ‘Simple Heroic’. Or ‘Souchaku Henshin’ – ‘armour transformation’ in Japanese. The old Souchaku Henshin range of Kamen Rider toys eventually became a much wider range of S.H. figures.

The level of detail is always impressive. It’s easiest to see this on figures finished in a bunch of different colours.

Kotobukiya’s other range, ARTFX J, is said to be created by trained sculptors. The concept is ‘bringing popular Japanese characters to fans around the world’. International fans may not be catered to in other ways, but when it comes to figures we’re well looked after.

ARTFX figures are usually made at 1/7 or 1/8 scale. And called ‘statues’ instead of ‘figures’, to be classy.

The 3D detail is amazing, especially the hair. You can expect pro-level craftsmanship and paintwork across the whole range.

These are the smallest of them all. They’re won at random from gacha machines, chosen from lucky dip lottery boxes, or skillfully plucked from a UFO catcher. As a result, you might find the quality and finish a little less precise than on bigger figures.

Prize figures can be cheaper to collect and easier to store/display. If the chances of you being in Japan to win a figure soon are low, online shopping’s the best way to pick one up.

And then, at the other end of the scale, we’ve got the crazy rare stuff. Special editions are harder to find than G.E.M. figures. Many come bundled with Japan-exclusive versions of video games, and are then resold separately.

It’s common for ‘collector’s edition’ and ‘special edition’ versions to have features and details that no other figure can boast.

Make space on your shelves for the hundreds of figures on sale on Amazon Japan, Rakuten, Yahoo! Auctions, and Yahoo! Shopping. When pre-orders open, you’ll see the item pages on our website. Search for figures from Japan, in English, on DEJAPAN now. 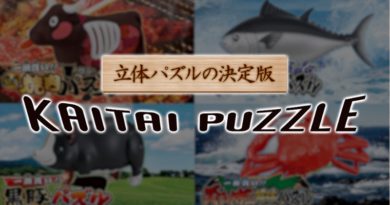 Play with your food: the Kaitai Puzzle series 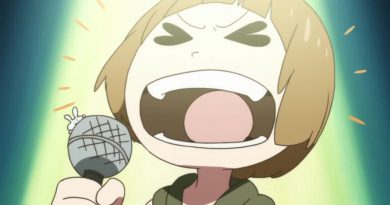