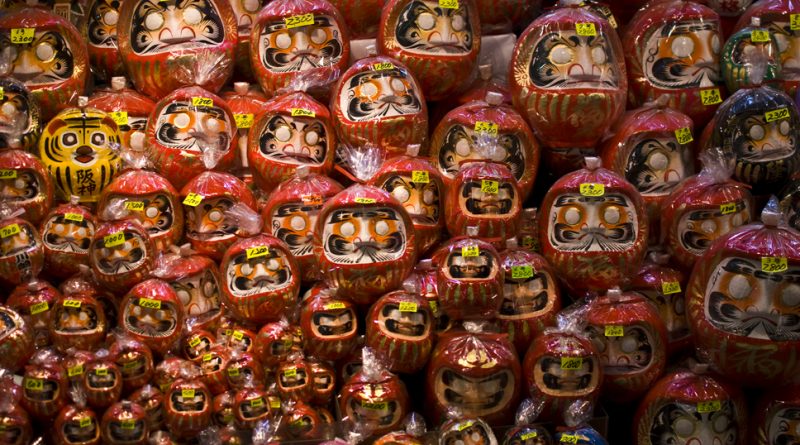 The start of a new year’s always busy. Loads of Japanese people head to their local shrine or temple, to pray for good luck. Or they hit the shops for new year’s lucky bags, for the same reason.

To get your year off to a productive, positive, hopeful and ambitious start, you need a daruma doll.

We did quickly explain what a daruma is/does back in our post about Daruma Club dolls.

First, you should buy (or be gifted) a daruma. It’s a traditional, round paper doll, with blank spaces where the eyes should be. Make a wish, and draw in the first eye as you wish. Then leave your daruma somewhere you’ll see it all the time.

That last bit’s important. With other lucky charms, you wish and then wait around for it to come true by magic. A daruma won’t do that. Daruma dolls make you do the hard work yourself. Every time you look at it, that alone should remind you to get off your butt and achieve those dreams.

At some point, the wish you made at the start should – should – come true. If you worked hard enough. That’s when you fill in the daruma’s other eye. Achievement unlocked.

Giggle your way to success with a funny daruma

The above applies to ‘normal’ daruma dolls. Those aren’t your only option. Character darumas and other unusual darumas do the same job, with the added bonus of making you laugh.

Most joke darumas already have both their eyes. Trust us, they look better that way. Drawing in an eye is only a ritual, not a magic spell. And with both of a daruma doll’s eyes staring your way, the pressure’s still on to achieve your goals.

Whenever the Chinese year of the dog rolls around (like 2018), darumas get a canine makeover. We spotted similar ones for 2016 (year of the monkey) and 2017 (rooster). These small dog darumas can be placed almost anywhere in your house, to monitor your progress. We don’t mean that in a creepy way. It’s meant to be convenient…

The character on the front is the traditional Chinese-style kanji for ‘dog’. It looks real similar to the kanji that can mean ‘become’, ‘grow’, or ‘turn into’. So a shibe daruma’s great if you’re trying to make life changes. Think where you could be – and where you want to be – this time next year.

Do you believe in the Anywhere Door? See where your imagination (and determination) take you.

This Doraemon doll‘s made in the traditional Takasaki hand-painted style.

The city of Takasaki, in Gunma prefecture, is famous for making the most daruma dolls in all of Japan, every year. About 80% of darumas come from Gunma. There are other types, like Tokyo daruma and Matsukawa daruma, but Takasaki-made ones are said to be the luckiest.

Whoever painted this daruma has clearly watched lots of anime. Every detail, down to Doraemon’s golden bell, is finished with care.

You don’t often see a daruma with bunny ears, or any ears at all. The Miffy plush version barely has eyes and a mouth, either.

Like many daruma, this one’s got the kanji for ‘fortune’ on the front. And some gold details, which (like red) is said to give more luck with money. The soft plushie finish is super soft, for when times feel tough and you need a hug. See, darumas are meant to be motivational.

This isn’t the only Miffy daruma – there’s a white one as well. The 2 designs are sometimes sold as a set. Together, red and white are instantly recognisable New Year colours in Japan. They’re called ‘kouhaku’ (紅白), combining the 2 colour kanjis.

Does this even count? This looks like a normal Totoro to us. It’s made from paper, like traditional darumas.

The Japanese paper crafting style’s impressive – each Totoro’s hand-made and hand-finished. That ‘one by one’ method makes every daruma slightly unique. A special glue coating protects the paper, and there’s a felt sheet to go underneath, so it’ll last until your dreams come true.

At 27cm, the Totoro daruma‘s close to a foot high. It’s not gonna let you forget you’ve got dreams to reach.

Of course there is. As if we’d write a whole post about daruma and not mention Hello Kitty. This cat gets everywhere.

Hello Kitty daruma designs are kawaii as hell. That’s Sanrio character merch for you. Some kitty darumas are plushies, some are phone straps and keychains, and one’s a 3D 60-piece jigsaw puzzle. They all manage to fit that cute bow on top.

Cats are considered lucky in Japan, said to bring people good fortune and prosperity. So does that mean a Hello Kitty daruma gives you twice as much encouragement? Only one way to find out.

Maybe your 2018 wishes will come true with a daruma watching over you. Choose any of the cute and weird ones on this page, or buy an authentic original daruma doll from Japan. 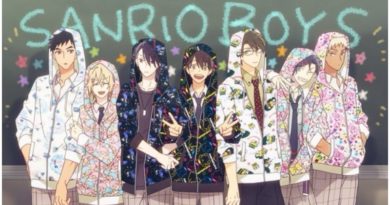 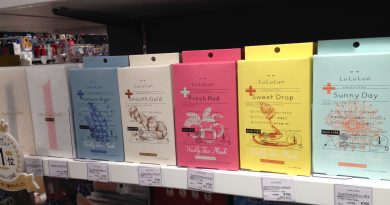 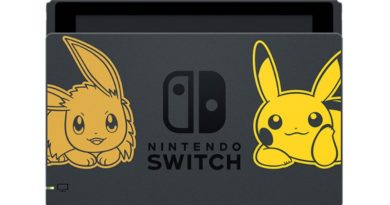 Make the Switch: how to order from the Nintendo Store Japan with DEJAPAN