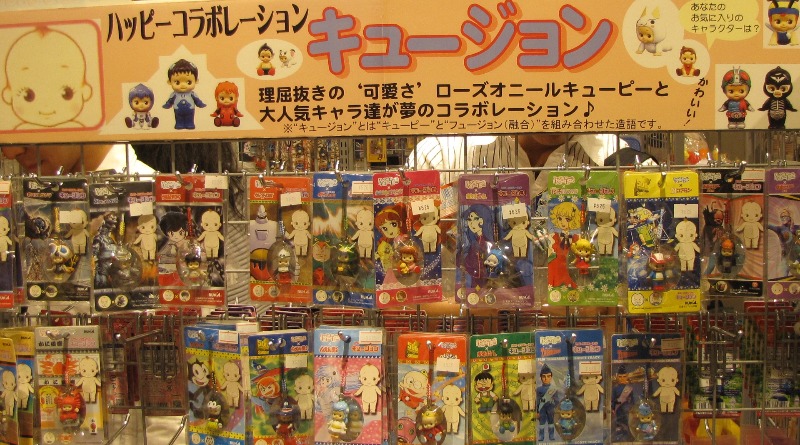 What do you get if you cross a much-loved Japanese mayonnaise mascot with a bunch of other famous characters? You get ‘Kewsion’ – Kewpie fusion.

‘Kewpie’ – the Japanese word for mayonnaise

Okay, so first up it’s time to explain Kewpie. The original Kewpie dolls were created in the early 1900s by an American artist, Rose O’Neill. Her idea for Kewpie was:

“a sort of little round fairy whose one idea is to teach people to be merry and kind at the same time.”

Unless you’re the type who gets weirded out by this huge-eyed, naked angel baby with a funky mohawk hairdo. In that case, let’s say the meaning’s more like Cupid + creepy = Kewpie…

Rose had her Kewpies made into real ceramic dolls by a German factory, and the public snapped them up.

When the Kewpie (Q.P. Corp.) company started selling mayonnaise in Japan during the 1920s, it, uhhh, borrowed both the German-made doll design and the traditional American mayo recipe. And they went ahead and trademarked their new Kewpie mascot not long after.

(Kewpie’s also the mascot of a high school in Missouri, the state Rose O’Neill was born in, but looks like Japan doesn’t care about that bit.)

Mayonnaise was so instantly and insanely popular over here, you’d be forgiven for thinking Kewpie’s a Japanese invention. Kewpie Mayo is Japanese mayo. Even if it started out as a foreigner, that Kewpie doll qualified for citizenship decades ago.

If only there were transformation videos…

‘Kewsions’ are hybrids of kawaii Kewpie dolls and other familiar characters. They’re like the mayo version of BE@RBRICKs. Same basic features, on a body design that’s different for each new version.

By the way, Kewpie Fusions are in no way the only Kewpie mayo mascot merch out there. Not by a long shot. We’re just gonna focus on the fusion this time.

Some of the famous shows and characters that’ve been Kewpie-fied so far:

They aren’t total fusions of the 2 characters… more like Kewpie cosplay. Or like the other character tried to eat a Kewpie whole, and kinda failed at it.

Most Kewsions are squishies, soft and fluffy like scrambled eggs. Some of them stand up, and some sit down. They’re all keyholder size, finished with chains or straps you can hang off an ita bag.

Kewpie Fusion was a popular merch line from the start – these cutie Kewpies have sold in the millions. New release after new release means you’ve got hundreds of kawaii options. And if your fave character isn’t half of a Kewsion yet, it’s only a matter of time.

You can sometimes find those little Kewpies sitting on top of pens, as well, but those are much rarer.

Give this cheeky cosplaying cupid a squeeze in the middle

For anyone hoping we can order and send them delicious Kewpie mayo, we’ve got some bad news. Sadly, mayonnaise often can’t be shipped internationally.

It’s lucky Kewpie merch exists instead, huh? You can use the DEJAPAN website to look for Kewpie Fusion on Rakuten and Yahoo! Shopping, and on Yahoo! Auctions Japan. 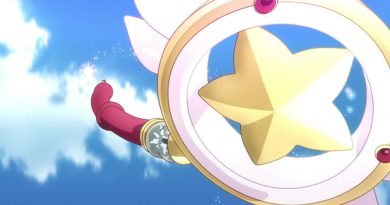 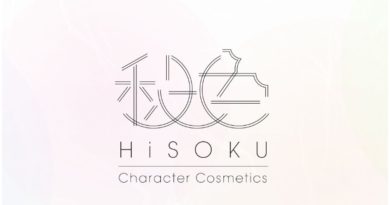 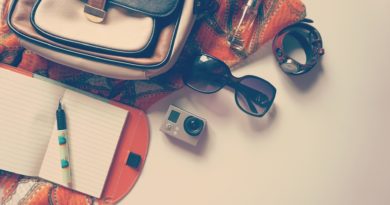