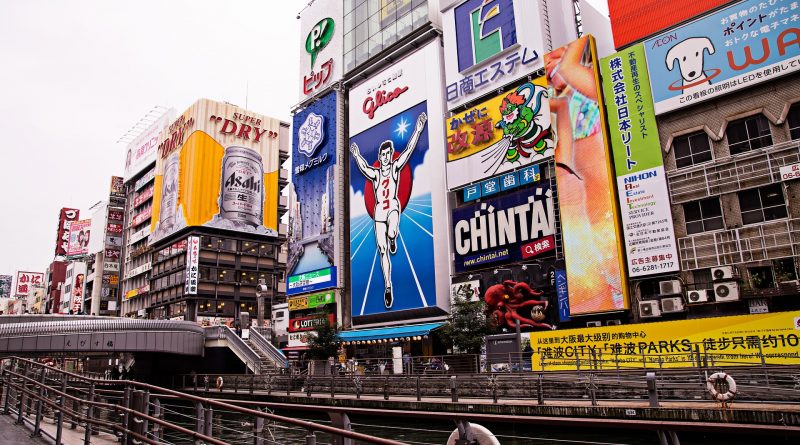 Tokyo and Osaka are like different worlds. (When you’re jetlagged, all of Japan feels weird.)

Osaka souvenirs have their own look and feel. The best Osaka souvenirs, you look at and think ‘well, I’m never gonna find that anywhere else in the world, ever, in my entire life’.

Seeing as we live here, we wanted to show you the most fun, authentic, and enviable Osaka merch.

One of the highlights is takoyaki – octopus balls. With octopus bits in the middle, and mayo, sauce, spring onion, and ‘dancing’ bonito flakes on top. Best eaten hot enough to leave burn marks on your tongue.

(We recommend finding a Tako Tako King stand if you’re ever in Osaka.)

Osakans eat so much of this stuff, we’re all part-human and part-octopus now. It should be zero surprise that we go heavy on the takoyaki merch. For starters, it’s the perfect kendama ball shape by default…

Takoyaki is both a food, and a flavour we apply to other food. The limited takoyaki Pringles flavour is exclusive to the Kansai region, except if you buy it online. So’s the Jagarico version. Japan just loves those regional limited editions.

Quick question: how do you spot an Osaka grandma?

Answer: she looks like a leopard. A grey-haired, (mostly) friendly leopard, that stands on 2 feet and wears a suspicious amount of Lycra.

When Osakans get hurt, they bleed leopard print. Onto the leopard-print clothes they’re already wearing. ‘Hyou-gara’ is so entwined with Osaka’s image that it’s used at tourists spots, and worn by regional idol group NMB48. Their music video for ‘HA!’ was filmed on the central Dotonbori canal, near their theatre in Namba.

We even have an Osaka Hello Kitty car park. Boosting tourism, by encouraging people to take photos while cars are reversing. What could go wrong? It is fun, though. We went there, literally, and took our own pics. Didn’t get run over – bonus.

And what’s that recognisable pattern mixed in with the pink and other cute stuff? You guessed it…

You’d think Osaka’s local baseball team would be called the Hanshin Leopards, but no.

Being a Tigers fan is a matter of city pride. Wander around in a Hiroshima Carp jersey at your own risk. At away games, Hanshin’s loyal following is known for attending in droves – and for being the loudest.

On top of that, no other Japanese baseball team can claim they’ve been cursed by KFC. After the Tigers won the championship in 1985, the Colonel (statue) was pushed into the Dotonbori in celebration. The team didn’t win again for the next 18 years. Parts of the Colonel were fished out in 2009. Many believe the curse won’t be lifted until the remaining bits are found.

Even with many years of bad luck (blamed on fried chicken), Hanshin Tigers fans remain dedicated to their team. And the Tigers haven’t come dead last in the Central League since 2001.

Buying Hanshin Tigers goods online is simple, for baseball lovers around the world. The distinctive black and yellow adorns a wide variety of merch. Including Hanshin branded shochu, chopsticks, shoes, and charm bracelets.

“The god of things as they ought to be.” Golden, grinning Billiken statues are dotted around Osaka’s Shinsekai area. There’s one outside nearly every restaurant there. And trust us, that area’s got a lot of places to eat.

Legend has it that rubbing Billiken’s feet will bring you good luck. There are ways to carry that luck around. Japan’s made Billiken into keyrings, plushies, mini statues, and cake. Yep, cake.

But wait, our Osaka god of fortune has a big secret… he was made in America! The first statue in Shinsekai celebrated all things Americana – and then it went missing. We’ve gone through a few Billikens since then. Especially because the feet get worn out by unlucky visitors.

Damn right, we have our own tower. It’s not as tall as the Skytree. It isn’t as red on the outside as Tokyo Tower. But we’ve got a tower!

Tsutenkaku stands proud in Shinsekai (there’s even a famous Billiken statue in there). At the time the tower was finished in 1912, it became the tallest structure in Asia. It acts as the symbol of Osaka, and as a major landmark. Some people say it looks a bit like the Eiffel Tower. Other, newer buildings may be taller now, but that ‘tower’ status isn’t going away.

You get to the ticket counter via the basement, which is called ‘Waku Waku Land’ for kids and ‘the basement’ for everyone else. That bottom floor holds all the Tsutenkaku souvenir merch, along with chocolate and snacks (like Pocky!) by major sponsor Glico.

There’s no shortage of Osaka Tower goods. Be thankful that the 3D puzzles aren’t anywhere near lifesized.

Discover even more of Osaka online

The DEJAPAN team’s proud to be in Osaka, and we want you to enjoy shopping in Japan from anywhere. Find the best Japan souvenirs and merch on our website, or send us item requests for real specific things you can’t live without. 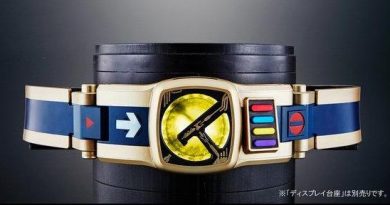