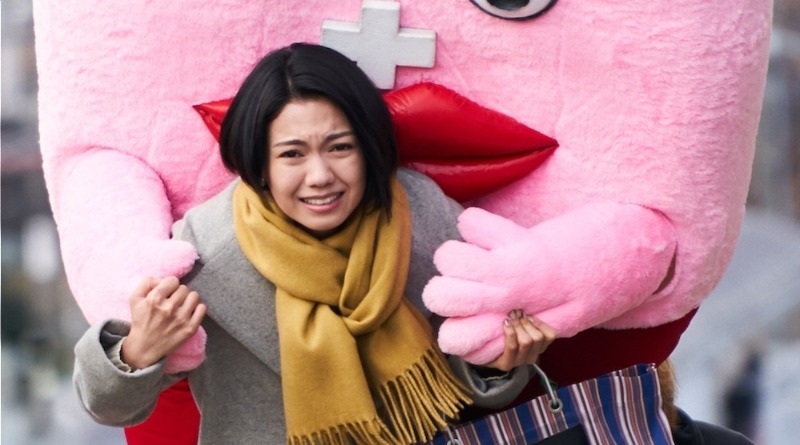 If you have periods, we hope they’re okay to deal with. PMS, heavy/irregular flow, cramps, chocolate cravings, and the many other issues all suck. Please look after yourself, and take this virtual hug.

But trust Japan to try and make menstruation more fun! Or at least, more understandable.

Looks like a heart, hits you in the gut

Seiri-chan (生理ちゃん) – Period-chan in English… or ‘Little Miss P’ – is a walking, talking womb lining. A pink moeblob with huge lips, eyes that never blink, and a cross for a nose.

Because everyone’s cycle is different, there’s a Seiri-chan for each person. But they all look (more or less) the same, so it’s easier to call them ‘Seiri-chan’ as a group.

When that Seiri-chan knocks on your door (or climbs through your window, it could be good or bad news. If it’s your first time meeting her, it means your periods just started. It means you’re not pregnant, as well.

She shows up every month like clockwork – unless there’s a problem. Periods aren’t always regular, or easy.

Every chapter tells the story of a different person’s fateful meeting with Seiri-chan. School girls, shop workers, a writer, a granny, an alien, and even a superhero.

Everyone who gets a period has their blood drawn out by Seiri-chan personally, using a massive needle. And some people get beaten up – whacked with the ‘seiri punch’, or slapped in the face. That’s how bad period cramps can feel, if you’re unlucky.

There are other characters in the manga you’ll get to know, too.

PMS-chan – a collab character with herbal medicine brand Prefemin, included as a special at the end of the first tankobon book. If PMS-chan’s gonna appear, it’s always just before Seiri-chan does.

Lust-kun – a giant… okay, if you honestly don’t know what this thing is then we’re not gonna tell you. It’s tall, kinda dumb-looking, and it vibrates when it’s in a good mood.

Virgin-kun – this wide-eyed little kid (in dungarees and a baseball cap) shows up for people who haven’t had their first ‘experience’ yet. After they’ve finally done it, Virgin-kun disappears forever.

They show up like special guest characters, to make things more interesting.

We’re so glad this isn’t mansplaining

The creator of Seiri-chan’s a man. Ken Koyama, an online manga artist… and a guy who knows about periods. Enough that fans say you wouldn’t believe Seiri-chan was created by a male writer if you didn’t already know.

Maybe it’s a spoiler, but we don’t care: early on, a man gets Seiri-chan’s trademark period beat-down. He learns how to feel sympathy for women who go through it on the regular, and you bet he learns real fast.

As you read, you’ll learn interesting stuff about periods as well. Like coping methods, the best products to use, and facts about the human body. Some chapters even go back in time, showing how Japanese women dealt with periods in the past. It’s an education for all.

For anyone curious what Seiri-chan gets up to on other days of the month, there’s a whole chapter on that. Watching movies, making YouTube videos, getting business cards made… man, Seiri-chan’s busy all the time.

From a total taboo to the big screen

A hit manga being made into a movie isn’t rare, but Seiri-chan making the leap was a surprise.

Or was it? French, Spanish, and Italian manga review sites already picked up on Seiri-chan’s charms. This pink monster’s got the potential to be a global hit.

One of the weirdest Japanese manga series, period

What can Japan teach you about periods? Maybe you’d be surprised.

Our tips for helpful stuff you can order from Japanese websites: 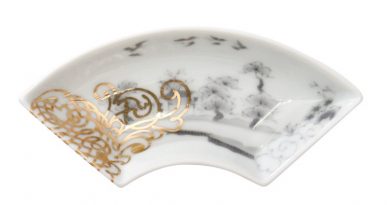 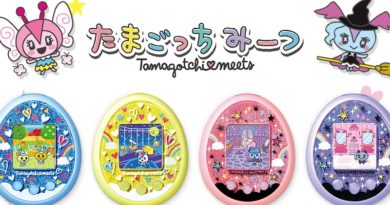 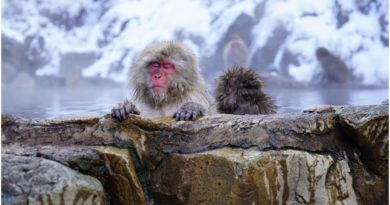 (Mineral) water, baby: everything you need for a home onsen